October 10, 2012
We have some exciting news! Merrythought has just announced that they are releasing a Brand New Olympic Union Jack Teddy Bear for November in time for Christmas.

We have some exciting news! Merrythought has just announced that they are releasing a Brand New Olympic Union Jack Teddy Bear.
London 2012 Olympic Games Commemorative Teddy Bear Union Jack
We would like to offer you this last opportunity for you to purchase one of the Official 2012 London Olympic Union Jack Teddy bears.
With the end of 2012 drawing near, we are delighted to announce that Merrythought are releasing a small final limited edition Olympic Teddy, which is due to be released at the end November early December.
This will mark both the pinnacle and closure of Merrythought’s Olympic collection.
This is a larger bear standing 16in/41cm tall with a limited edition of just 212 pcs. Individually numbered and presented in bespoke London 2012 black box.
We expect this larger version of the original Union Jack bear to sell out quickly, and are taking orders from today onwards, for delivery pre-Christmas.
This is a must-have for those looking to complete their London 2012 collection, or if you did not manage to get one of the original Union Jack Teddies. He represents a very special gift this Christmas for all ages.
Limited Edition: 212 pcs only
Core outer material: 100% mohair
Stands 16in/41cm tall
The Finest Teddy Bears – Handmade in England

Check out Charlie Bears Dimples from the secret collection available now in stock on line and click and collect. Teddy Station on the first floor in The Victoria Shopping Centre Southend. 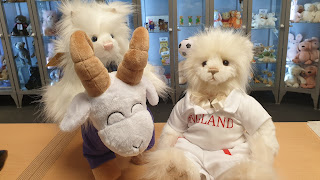 Sorry there is no Live broadcast this week, but just to catch you all up we have another lucky winner of Mostyn the lockdown goat, well done Paulin Matkins he will be on his way shortly. Dont forget to keep posting them even number ticket photos with your new arrivals to get your Teddy Station Paw Store Pen, the new prize will be Charlie Bear Sparkles the cat. In other exciting news me and Babs are looking forward to viewing the new 2022 Charlie Bear collection next week. Finally good luck to England this Sunday see you all next Friday Live on Teddy Station TV on Sea. 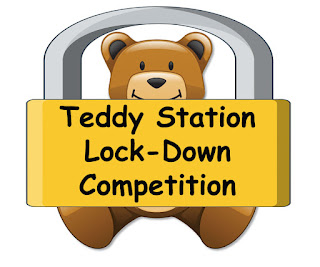 Latest entries in our Teddy Station Lock Down Competition.

Latest entries in our Teddy Station Lock Down Competition.